Bruce Miller: an incredible journey through music in various media 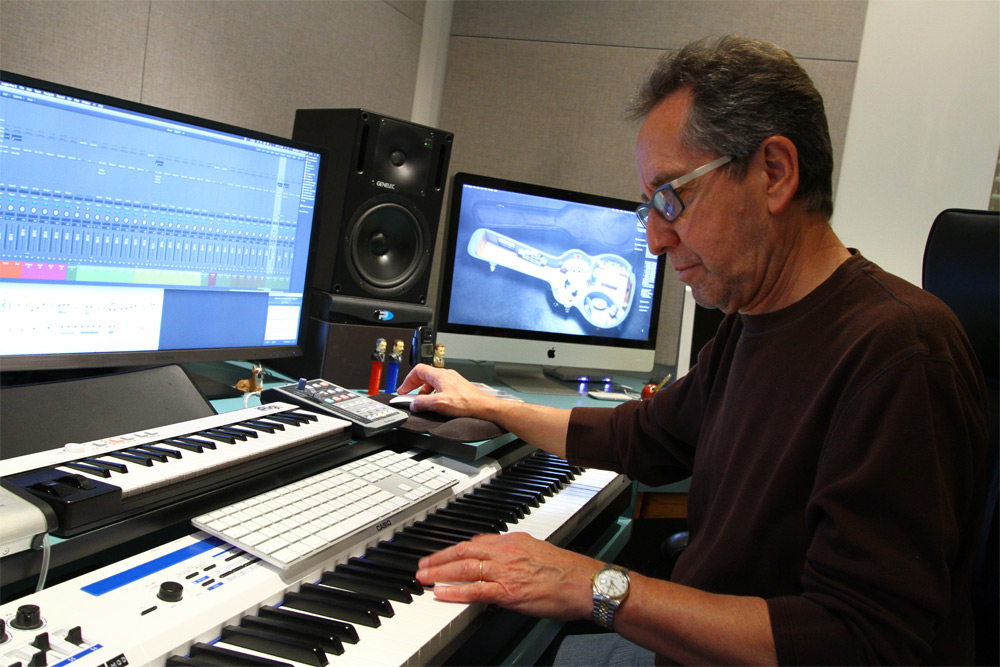 Bruce Miller: an incredible journey through music in various media

Detroit-native Bruce Miller is considered one of the most talented composers, arrangers and conductors of modern times. Starting his career on the local jazz and R&B scene as a guitarist and saxophonist, Miller was completely immersed in the professional music scene at a very early age. The thrill and buzz that accompanied the momentum also helped him develop his talent and inspiration: a lot was happening around town all the time, and from live shows in jazz clubs to commercials, from major acts to records, the Detroit music scene was extremely lively.

During his stay into the Army, Bruce became part of a military jazz band based in Colorado Springs, “The NORAD Commanders” and spent the next three years writing, playing music and performing at various venues throughout the USA and Canada. Obviously, once his military obligation was fulfilled, he went back to music full-time becoming Paul Anka’s musical director and conductor. Another three years passed, turning into a pivotal moment in Miller’s life in terms of experience and musical abilities. Of course, many people noticed his talent and soon Bruce moved to the West Coast, in Los Angeles.

The timeline of this multifaceted, versatile artist is a never-ending string of well-known names:  The Temptations, The Commodores, The Four Tops, Rose Royce, Joss Stone, Rod Steward. Miller’s talent and skill moved flawlessly through time and through different genres, and it’s not surprising to discover that his composer roster became wider, too, as he started working for television music, with credits for worldwide renowned TV shows such as “Frasier,” “Becker,” “Designing Women,” “Wings,” “The (new) Odd Couple,” and two “Bonanza”-

Then, in 1997, through longtime collaborator Thomason, Miller was brought on as a Musical Director for the G8 Summit in Denver, Colorado. As arranger and conductor of the 45-member orchestra, during the event Bruce performed with music legends such as Chuck Berry, Lyle Lovett, Michael Bolton, Amy Grant, Eartha Kitt, Crystal Gayle, Jennifer Holiday, Sounds Of Blackness, and The Preservation Hall Jazz Band.

Miller was nominated for an Emmy Award in 1989 for Best Arranger (Music Direction) for the Sammy Davis Jr. 60th Anniversary Celebration, and then a second time in 1994 for Best Theme for “Frasier.” Throughout his career, he won sixteen BMI TV and Film awards, fourteen SESAC awards, and the prestigious SESAC “Legacy” award (2012). Countless are his gold and platinum records for his tireless and innovative work with many A-listers in the music industry.

Bruce, still very much active both as a composer and arranger, currently works with his son Jason and among the many titles in their carnet are TV shows, commercials, records, and “Shoulders,” the documentary defining the relationship between 2016 Democratic Presidential candidate Hillary Clinton, and her mother, Dorothy Rodham.

Bruce Miller is among the artists using and praising Audio Modeling’s solutions, which he defines as instruments able to “save him from stress”. And we are so happy they do! Thank you for being with us, Bruce!

The importance of user research to build new instruments