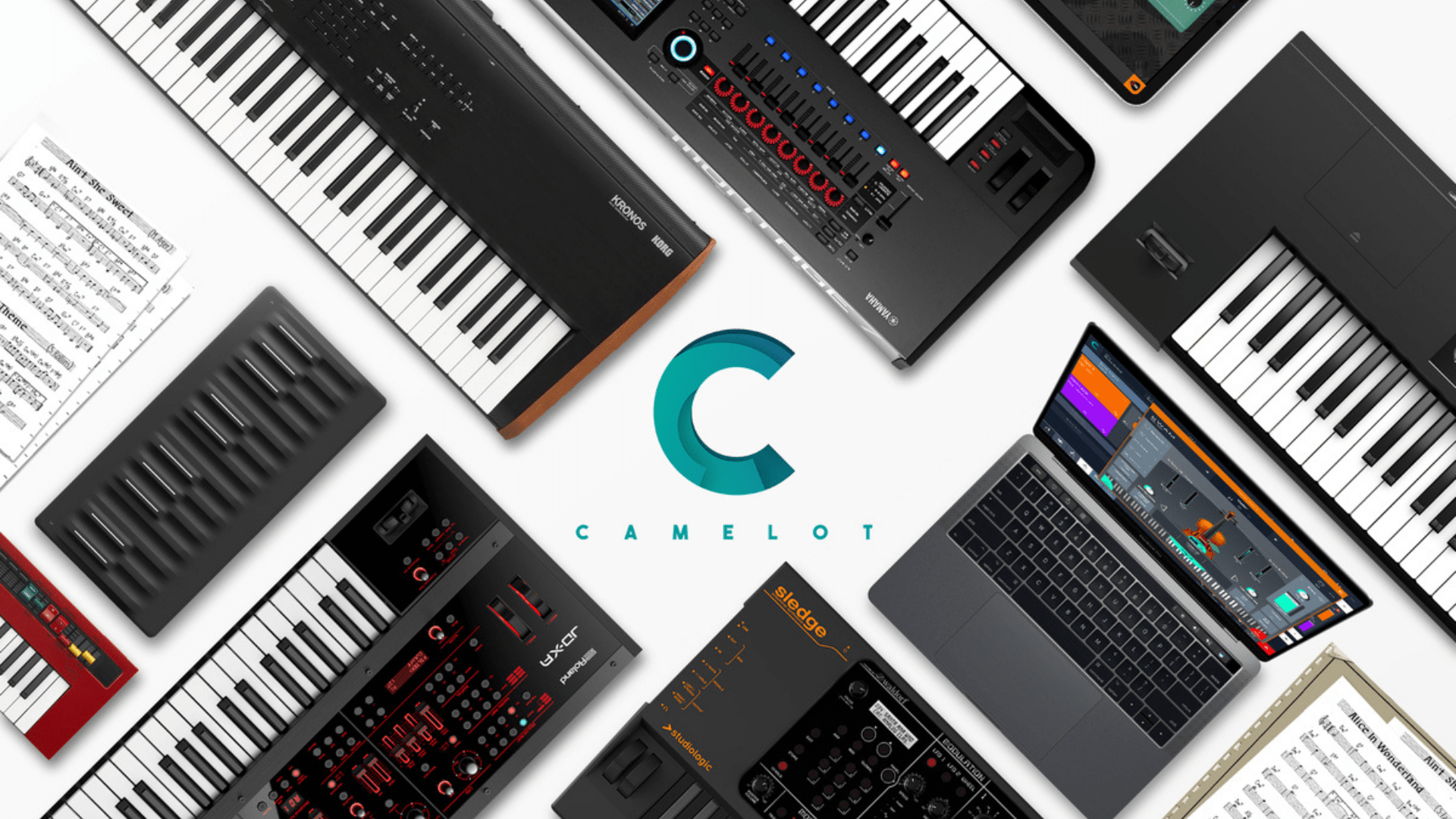 A legend of a thousand years past tells of how, after pulling the sword Excalibur from the stone in which the wizard Merlin had placed it, Arthur became king and would gather his knights at a round table. At this table, King Arthur would command his knights to adventures and glory.

Now come back to the 21st century. In this time, YOU are the king (or queen, as you please), Excalibur is Audio Modeling’s powerful Camelot live performance environment, and the knights are all of your instruments, be they hardware-based, software instruments, or even acoustic instruments played into microphones. Using Camelot, you are able to command all of your instruments, in unified fashion, to adventures in performance, and the greater glory of music (ok, yeah, and maybe a little glory for yourself, too, sure, why not?).

Camelot allows you to press a single button (or step on a footswitch) and, in an instant, change presets on all of your instruments at once, for a complete transition to a new section of a song. Or maybe, instead of changing a sound, it might entirely swap out which instruments are being used for that section.

Camelot can cast spells that let you play and make real-time gestures on your MIDI controller and have each instrument be controlled differently, with the gestures scaled or mapped to curves that optimize their effect for each instrument. Camelot even gives you the sorcery to mix and process the audio from all of your instruments; the hardware devices and microphones being connected to audio interface inputs, the software instruments being routed directly.

Camelot’s magic is so awesome that it has Smart Maps which let you recall presets from your hardware devices without any kind of MIDI programming, just choosing your sound from a preset list. It casts such powerful enchantment that, far from being limited to controlling hardware synthesizers, Camelot serves guitarists just as well as synthesists, easily controlling a Line 6 Helix, Kemper Profiler, or Fractal Audio Axe.

Be the king. Be the wizard, too. This is the 21st century, and the magic of Camelot will let you be whoever you want to be. You can start right now with the many incredible magic spells in this tutorial on how to make your hardware and software instruments serve you as knights at your round table:

Camelot for Wind Players: An Example