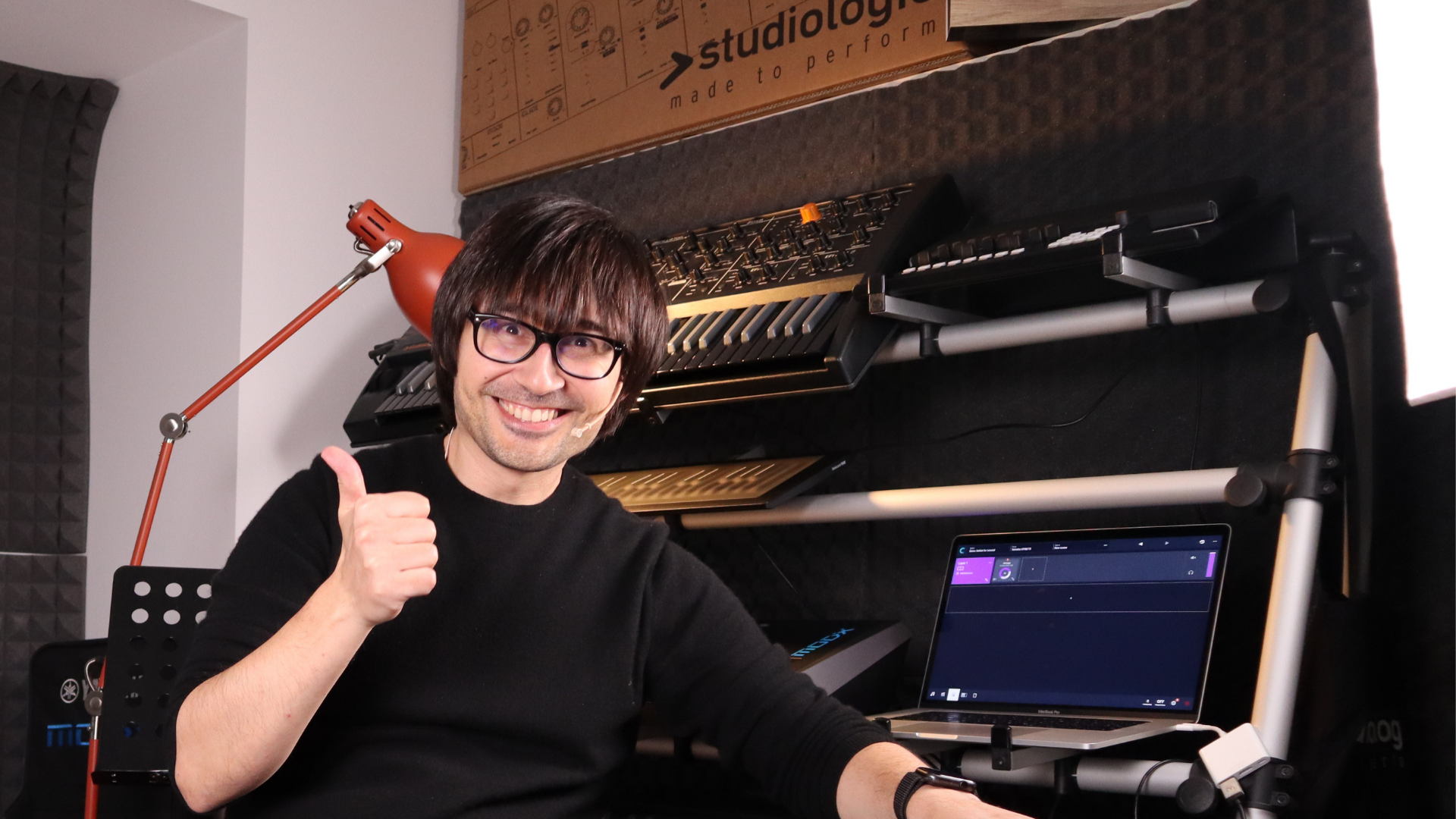 Innovation doesn’t simply manifest out of thin air. Though it might seem that some of the most innovative ideas result from someone’s eureka moment, there are many occasions when these ideas arise from combining the knowledge of one industry to another. Many times, brilliant inventions were created by someone casting a new light on a concept that already exists.

This is exactly the kind of mindset that led Simone Capitani, UX/UI designer, to create Camelot Pro. “I wasn’t born as a musical instrument designer, I started with designing business software, websites, etc…”

From business apps to audio software

From an early age, Simone was fascinated by technology while also being a fervent audiophile.

“Moved by my passion for technology, I decided to study electronic engineering and apply that knowledge to music. After completing my engineering degree, I tried to apply to some audio software companies, but I had no connections in the industry so my CVs were getting lost in all the applications these companies were receiving.”

“For a while, I gave up thinking it was impossible to enter such a small industry. So I started to work as a UX designer in a business software company.”

One day while he was still working in that business company, Simone bought a flagship synthesizer that, to his perception, had a terrible UI. That’s when he realized there was a huge gap between everyday digital products tailored for the average consumer and the more specialized software in the digital audio niche.

“It was a great product, but the UI required a 300 pages manual. You needed to go to forums to learn how it worked.”

From then on, Simone had the dream to create an audio application so well-designed and intuitive that even reading a manual to understand how it worked would be irrelevant.

A few years later, the iPad came out. The concept of a touch surface was new and exciting, so Simone started designing music apps for iOS during his free time. One day, he stumbled on an app that he thought he could improve. He wrote to the developer, exposed some of his ideas and they started collaborating on the development of the app together.

This took Simone all the way to the MUSIKMESSE in Frankfurt, where he met Jordan Rudess, the legendary keyboardist of Dream Theater. Jordan had a company building music software for iOS and was one of the pioneers interested in developing applications for touch surfaces. By collaborating on various projects in Jordan’s company, Simone got his foot in the door of the music software industry.

In 2015, after being introduced by Jordan, ROLI offered Simone a job in London. “I started to work on the ROLI Seaboard project and I worked on the Equator synth, the main synth capable of managing the multidimensional interface of the ROLI Seaboard”.

After that, offers started rolling in. Many companies tried to entice him to join their ranks. But in 2016, Simone met Emanuele Parravicini and Stefano Lucato. They spoke and exchanged ideas. The company’s vision seemed to fit in the direction Simone wanted to go and, more importantly, there was room for working on Simone’s initial dream application.

They soon joined forces. The company FATAR helped them bring the vision to life by providing financial backing as well as connections in the industry to put a team together, start the development process, and launch the project. In 2018, the first version of Camelot Pro was released to the public.

If there’s any takeaway from Simone’s story, it’s that going forward to meet your dreams is the way to go. Especially with artists, there’s a long-lasting myth that says you need to “be discovered” to achieve success. In fact, the key to success is to dare to talk to people and expose your ideas while having enough creativity to apply the knowledge you accumulate in one area into a completely different industry.

“When I was building my network, I started by having conversations with almost everyone. On one thousand people I would talk to, maybe ten of them would lead me to more serious connections that could help me make a step towards my goal.”

Perseverance mixed with a bold attitude open to meet people led him to create the Holy Grail for live music performers, Camelot Pro. Time will tell the new heights awaiting Simone Capitani next.