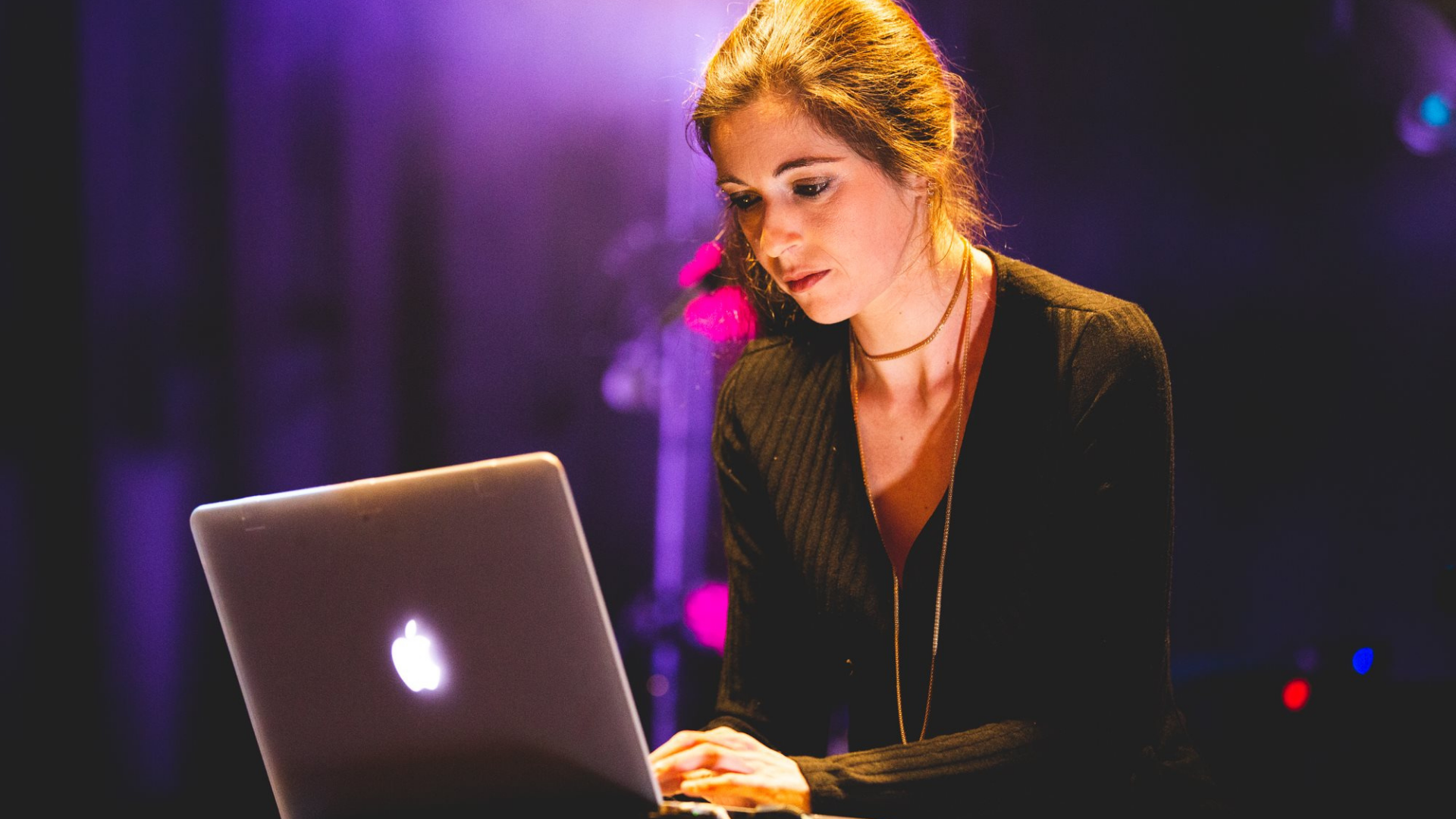 When we created the SWAM engine, we wanted to provide musicians, music producers, and composers with the most expressive instruments on the market. Our customers normally want to directly play the instruments, whether in the studio or live, as they would with real traditional instruments but once in a while, an artist surprises us with an interesting use case of our products.

We never suspected the possibility of someone trying to use code to have their computer play a SWAM instrument for them. Oddly enough, this is the experiment attempted by Mynah Marie a.k.a. Earth to Abigail.

In the last decade, a new underground trend has emerged in the electronic music scene. Live coding is a form of performance where artists use a computer programming language to create music in front of an audience in real-time. The idea is to show the code on a screen so that everyone can witness it develop as the artist types it to create the music. Live coding demystifies programming by allowing the audience to see inside the programmer’s mind through their screen while emphasizing the expressive and artistic powers of code.

Mynah Marie is a live coder going by the name Earth to Abigail. Her live coding environment of choice is Sonic Pi, an open source software developed by Dr. Sam Aaron from the UK.

Before becoming Earth to Abigail, Mynah worked as an accordionist and singer with bands and artists from all around the world such as Soan (France), Casa Verde Colectivo (Mexico), Din Din Aviv (Israel), Pritam, and Arijit Singh (India).

Five years ago, she discovered computer programming. From that moment on, she’s been looking for ways to mix her passion for code with her music knowledge. Discovering live coding and Sonic Pi is what inspired her to create Earth to Abigail.

“I’m interested in using a medium that most people consider ‘cold’ or ‘emotionless’ such as programming to create something full of emotions and expressivity, in my case music. I’m a bit obsessed with this alignment between rational analysis and emotions. To me, live coding is this perfect junction between the logical mind of science and the beautiful expressivity of art.”

“While many live coders come primarily from the programming or engineering side, I come as a musician first and I think this influences the way I use code to express myself.”

Using SWAM in an unusual way

“When I discovered SWAM instruments, I just knew I had to see what I could do with them through live coding. The question I’m trying to answer is ‘Can I find underlying algorithms that would allow a SWAM instrument to improvise in a human way?’ Basically, I don’t want to play the instrument myself, I want to see if I can instruct my computer to improvise the way a human would. Because SWAM instruments are so expressive and realistic, I thought it would make for an interesting experiment.”

Earth to Abigail performed for the first time using SWAM at an online event on May 12, 2021. While the experiment is still in its infancy, it’s interesting to see SWAM used in a way we haven’t thought of before and with interesting questions in mind.

“I’ve barely started to scratch the surface of the possibilities with SWAM. This first performance for me was just to see if I could realistically change the expression by coding MIDI messages in a way that sounds more or less realistic. There are still so many parameters to explore! Right now, I’m basically using only Sonic Pi’s built-in randomness functions to add some movement in the expression but eventually, I intend to develop my own set of functions and methods to allow me to ‘code improvisations’ that are complex but human-sounding.”

It will be interesting for us to see how this experiment develops in the future.

You can view Earth to Abigail’s performance here.