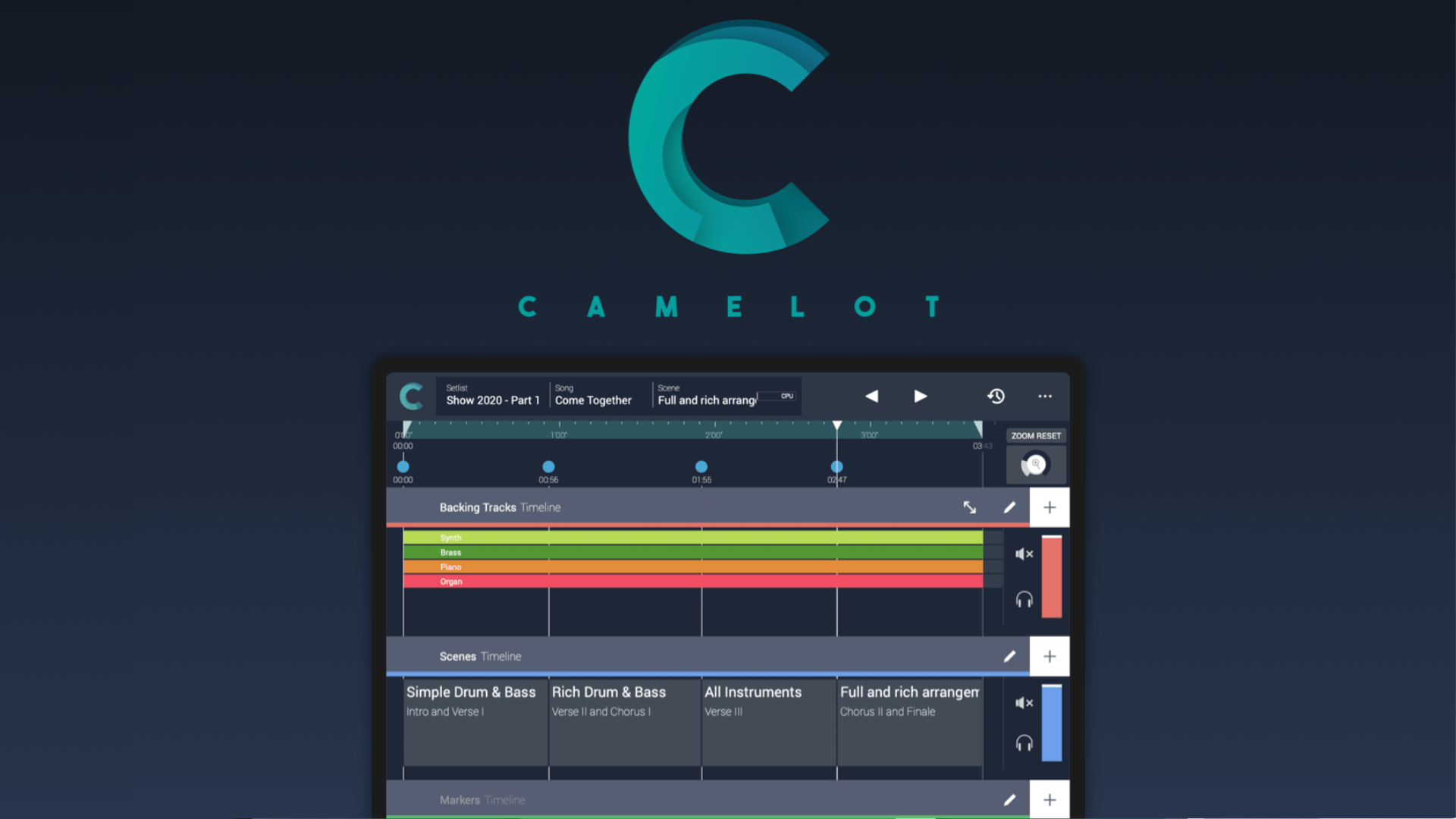 There are times when making music that two hands and two feet simply aren’t enough. A guitarist has both hands on the fretboard, one foot on the pedalboard, and the other foot…well, keeping her upright! Sax players, percussionists, keyboard players – everybody’s busy. If you’re a modern musician, using technology in your performance, how are you supposed to make that work?

Camelot has the answer: let the technology run itself, a solution better known as “automation.” There are so many things Camelot can automate for you: starting and stopping playback of prerecorded backing tracks; total reconfiguration of all your software instruments and MIDI controllers with Scene changes; displaying a music score, or lyrics, or performance notes. With Camelot’s Timeline, all these services can be scheduled to happen at exactly the points in each song where they are supposed to occur. Or they can be lined up in order and triggered in order or at will with a MIDI controller, or even a key shortcut.

Camelot is your willing servant, able to act when your eyes and ears and hands and feet and even your mouth are all occupied with other tasks.

And there are bells and whistles, too! You can add fades in and out on your backing tracks control the volume of all the Layers or Scenes in a Song from a single fader, convert backing tracks that are MP3 files into WAV files, and color code components so that one glance tells you what is playing or happening.

You can read all about Camelot’s Timeline and all of its juicy features in this informative and nutritious tutorial:

Now if we can only figure out how to add an “equipment hauling” automation feature to the Timeline….