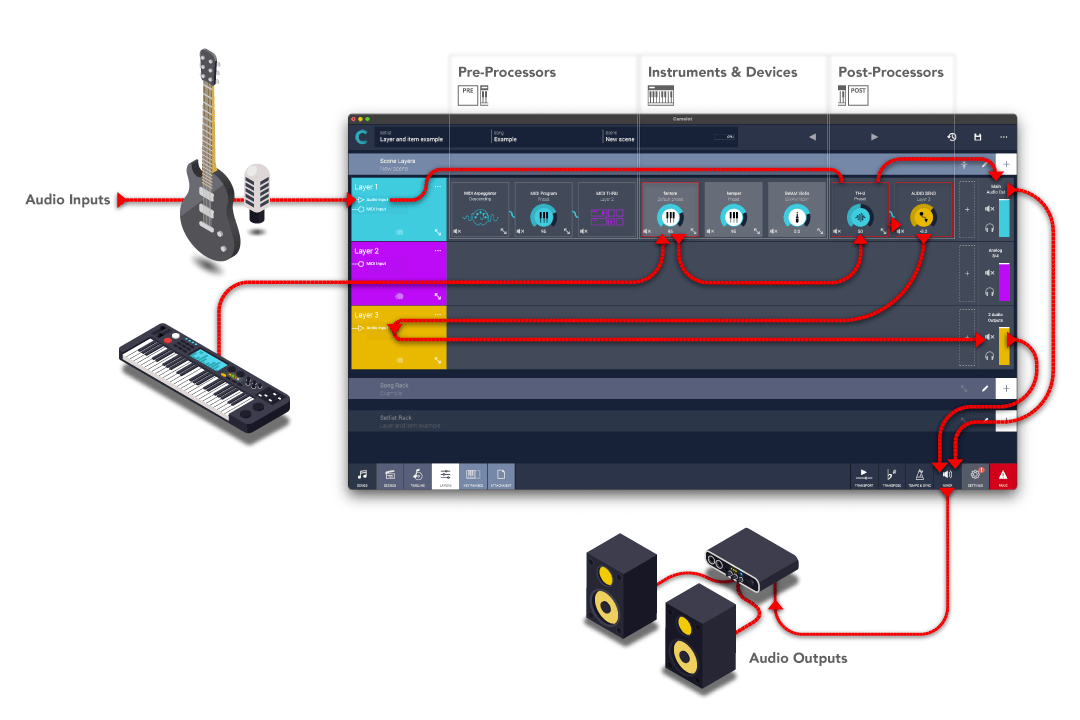 A favorite riff in very old slapstick comedy movies was a chase scene that took place looking down a long hall lined with doors on either side. Characters would come blasting out of one door only to fly into a different door on the other side of the hall. Back and forth characters would dash, out of doors, into other doors. Even the Beatles referenced this gag in the animated “Yellow Submarine” movie.

One way to think of Camelot is like this long hall of doors – but without all of the comedy. If you know what’s behind each door and how to get from one to the other, you can create for yourself a performance setup that is immensely powerful and sophisticated, yet easy to understand and use.

To help you with this, we have created a new tutorial called, “A Guide to Camelot’s Long Hall Full of Doors With People Dashing In and Out of Them All  of the Time.”

No, we haven’t done that. Well, we have created a tutorial, but that’s not what it’s called. It’s actually called “Camelot Tutorial: Audio Input and Output,” and you can find it here:

it doesn’t actually deal with all of Camelot’s doors, because it doesn’t really cover MIDI input and output, but we think people don’t realize just how powerful Camelot’s audio input and output structures are, so we have focused on those in this particular tutorial.

And we do present the full picture, from the role of your audio interface and its drivers to Camelot’s audio inputs and outputs and how they are abstracted from your interface. (ab-what? Well, we explain that, too.) Where you set the sample rate and buffer size, where audio I/O shows up in Camelot, plus, of course, a few tips about Very Clever Uses for audio inputs and outputs for those special situations that call for just a little bit more than normal.

What makes Camelot such a useful application is that you can always use it in the simplest, most basic fashion; you can construct complicated, monster setups that do incredible things; or you can mix the two approaches. The resources are there to work in any way that works for you…if you understand what is behind those doors!