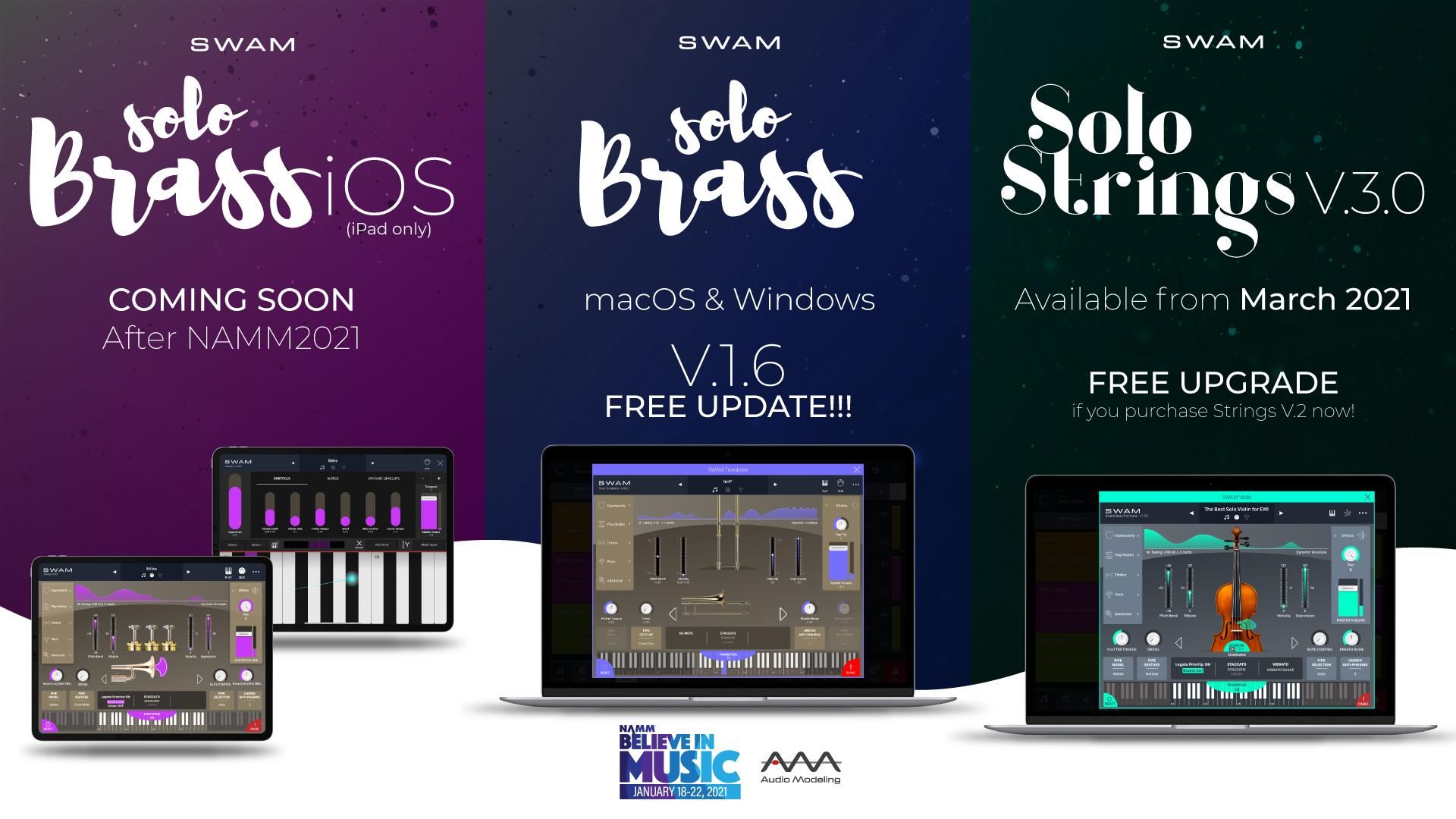 NAMM, Believe in Music Week is starting today so it’s the time to reveal our news!

Are you in love with SWAM Solo Brass instruments and want to play them on your iPad? Finally, that time has come!
SWAM Solo Brass iOS version will be available after NAMM, just after the final validation from the public beta program that is currently running.

Register here if you want to test it now!

SWAM Solo Brass for macOS and Windows Update v1.6  is almost ready to be shipped with fixes, and some User Experience and Sound improvements.

– Transpose and Microtuning control by SysEx

– Extended range for some Trumpet, Trumpet C and Piccolo Trumpet

– Dynamic Envelope not working when Pipe Selection is set to Manual

– Ableton Live: automated parameters also assigned to a MIDI CC are added to Ableton’s Undo list. This behaviour does not happen with other DAWs

SWAM Solo Strings version 3.0 will be available from March 2021!
SWAM Solo Strings will have a major upgrade to v3.0
Not only will this update include the new GUI and User Experience introduced with SWAM Solo Brass, but also many Sound Engine Improvements that reach the highest level of realism and control, never before heard from a physical model!

Manage your Tracks, Layers and items with Drag & Drop in Edit mode

A New Milestone Is Reached!