We Are the Future of Digital Music Making 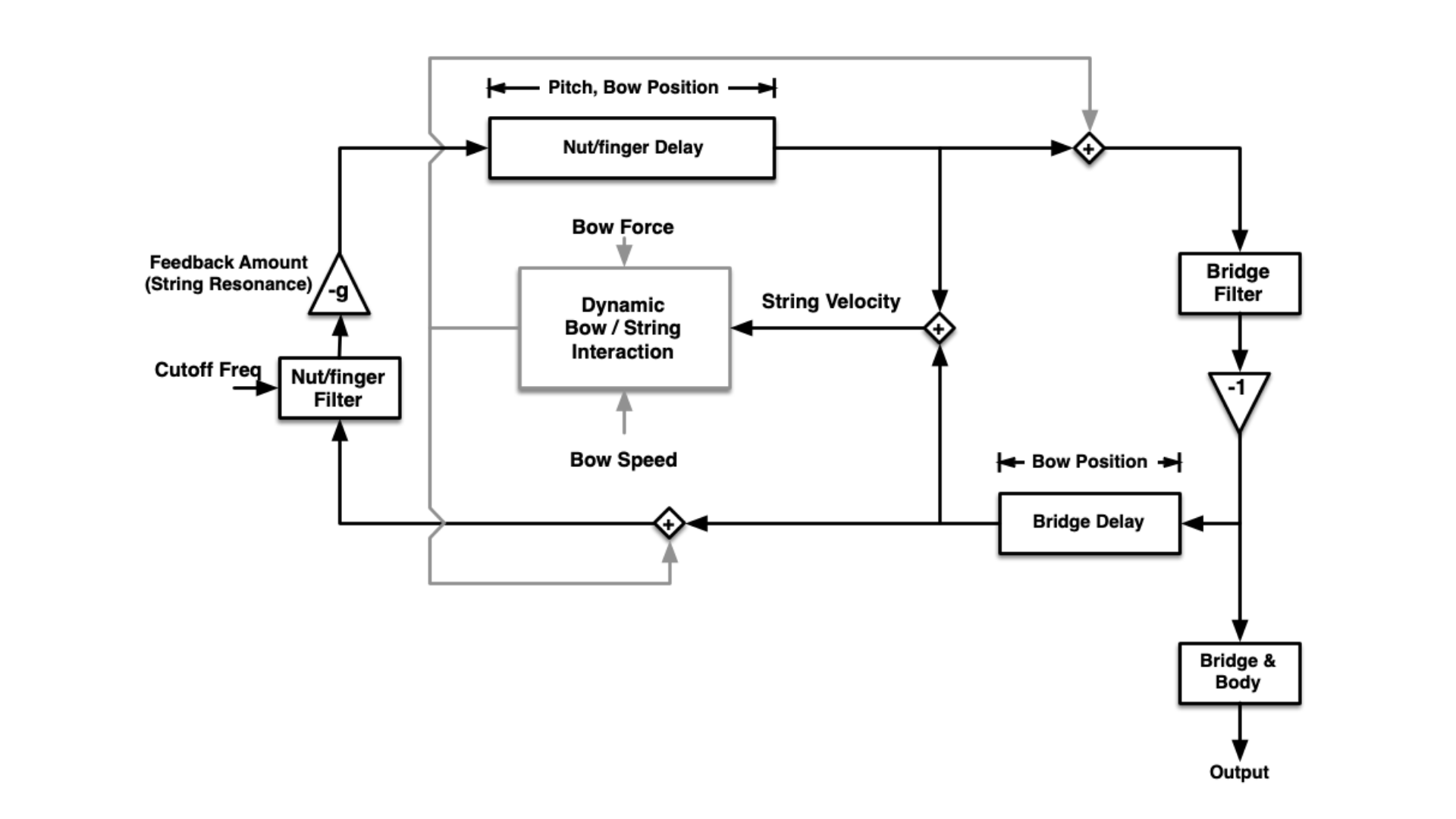 We Are the Future of Digital Music Making

It seems only like a few decades ago when the thought of replacing real instruments with virtual ones was laughable. We never expected for sampling technologies to come as far as it did but yet, it happened.

As computers become more powerful everyday, we are not satisfied anymore by what we now call traditional technologies can give us, we want more. More expressivity, more realism, more flexibility, and the ability to play virtual instruments live as well as being able to program them in the studio. The close enough realism that sampling gave us is now outdated.

What Makes SWAM Instruments and VST Plug-Ins So Special

Physical modeling refers to sound synthesis methods in which the waveform of the sound is computed using a mathematical model, a set of equations, and algorithms to simulate a physical source of sound like a musical instrument.

Unlike sampling, which uses recordings to replicate the sound of an instrument, physical modeling doesn’t generate a sound as such but creates the conditions for the system to create it according to an external input (like someone playing on a keyboard). Modeled virtual instruments can give the feeling and  behaviour of the instrument, reacting and interacting with the player the same way a real instrument does.

Audio Modeling has always been at the cutting edge of technology for creating the most realistic virtual instruments and VST plug-ins on the market. To achieve this, we developed a proprietary technology called SWAM (Synchronous Waves Acoustic Modeling) based on physical modeling.

The SWAM engine combines pure physical modeling synthesis methods with some additional elements allowing us to go much further in terms of flexibility and realism.  The topic is huge but in a nutshell, not only do we model the mechanical system of an instrument, we also model the unconscious behaviors of a real professional musician.

This is why musicians and producers are able to inject into SWAM instruments their own style of playing. This kind of realism and expressivity is impossible to achieve with sampling.

We Aim to Provide a Complete Ecosystem to Musicians, Producers, and Composers

Our mission is not only to create single products, but to create a full musical ecosystem to provide musicians, composers, and producers with a complete toolset to create incredible music.

We developed our very own performance management platform, Camelot Pro. We call Camelot Pro the “Live Performance Swiss Army Knife” because it connects hardware and software instruments together with the best MIDI patchbay and processor ever created for macOS, Windows and iOS. Besides that, it also has a ton of features making it essential for any live performer.

SWAM Solo Strings v2 were already considered the best physically modeled string instruments and VST plug-ins on the market today. Yet, we knew we still had the capacity to improve.

In particular, the new SWAM framework and interface has interesting features: 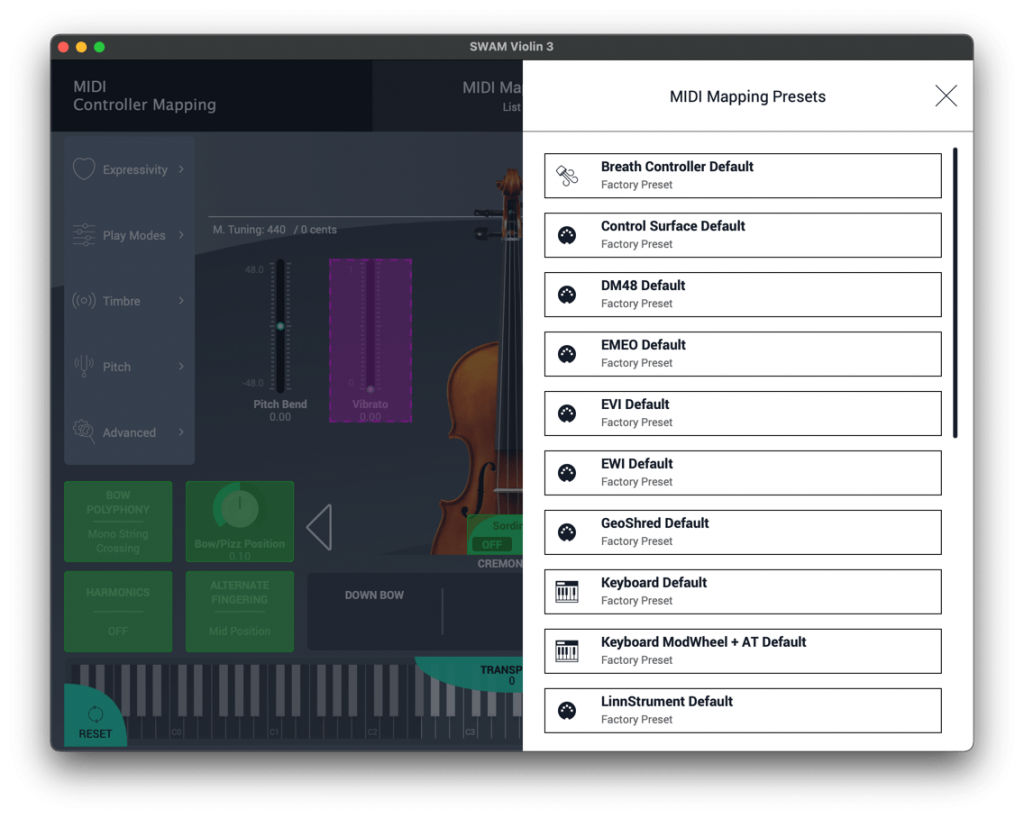 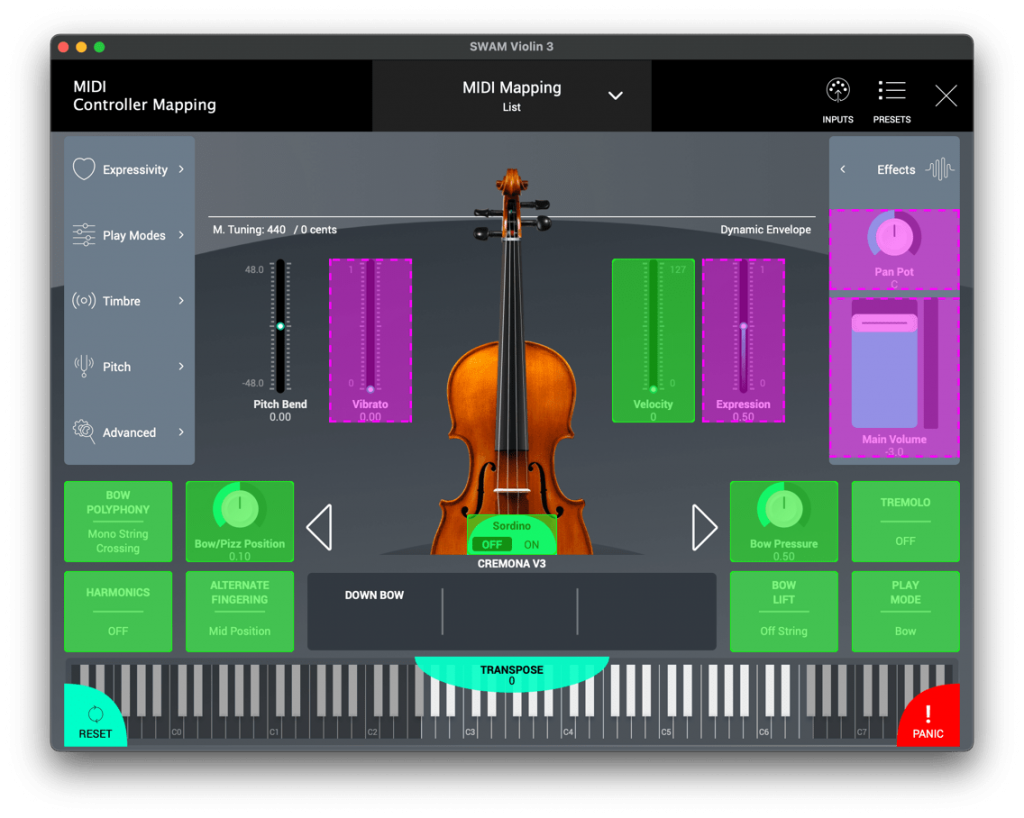 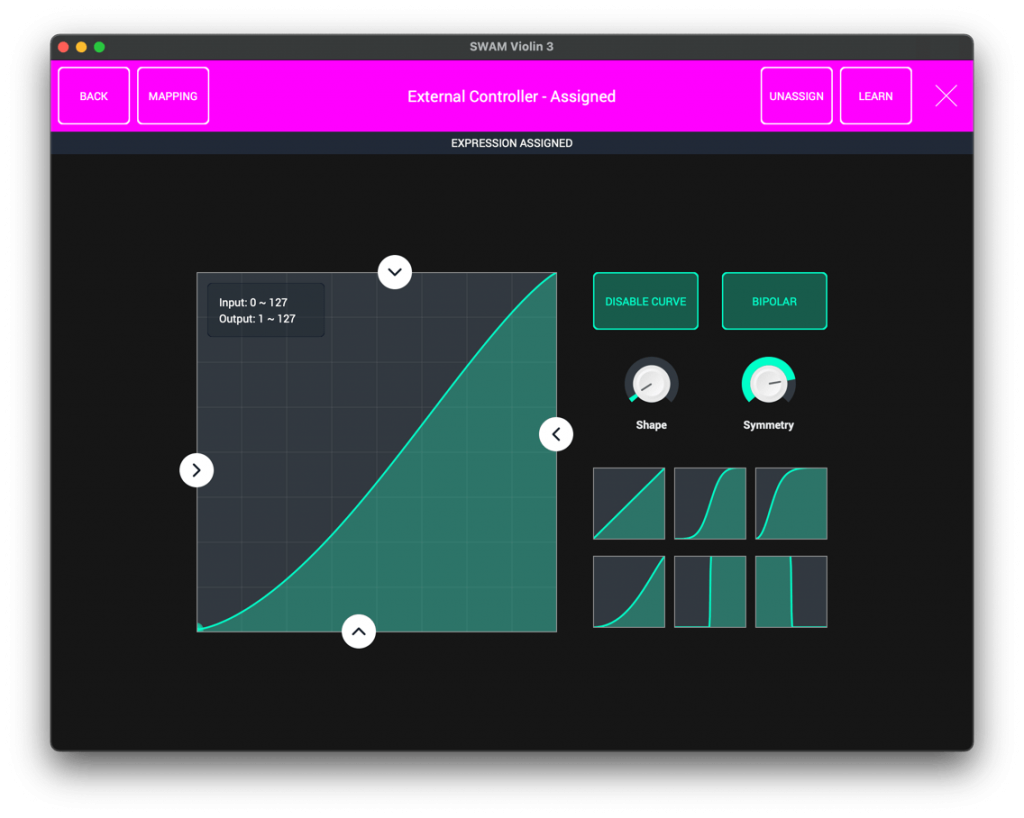 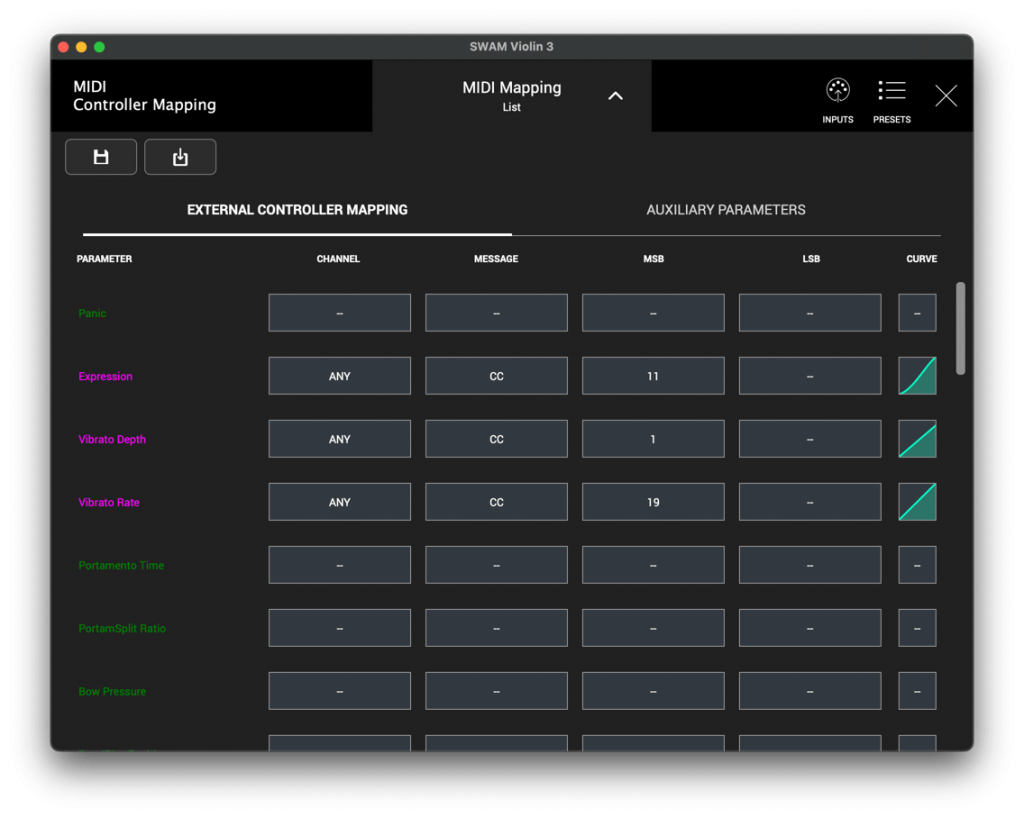 We implemented microtuning and integrated it with MAQAM and SysEx. 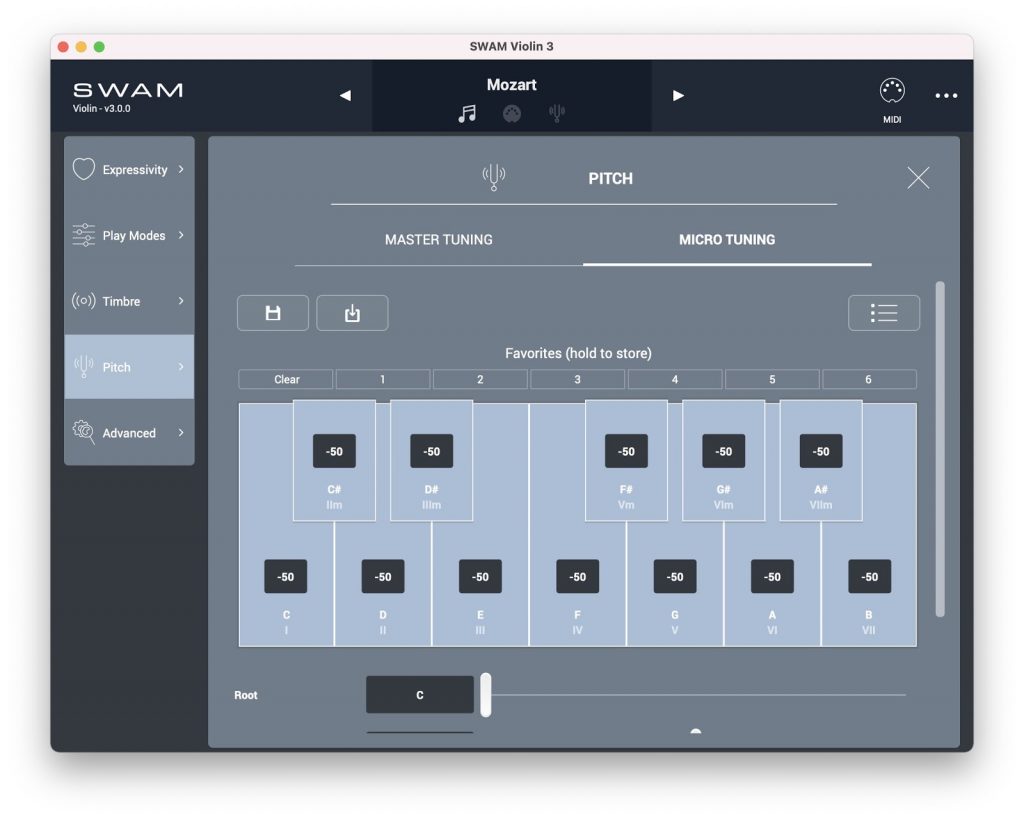 The only difference with the iOS version is that some advanced editing parameters are locked on iPad.

According to Your Feedback, We Are Doing It Right

Since the release of SWAM Solo Strings v3, our inbox has been flooded with positive feedback. This means a lot to us since we are working tirelessly to constantly improve our technology. Here are just a few examples of what some of you had to say.

“Thank you very much, I already bought an upgrade from Solo Strings v2 to v3. I use all of your physically modeled plug-ins: Flutes, Trumpets, Solo Horns, Violins etc. Your physically modeled software sounds absolutely fabulous! About 5 years ago I switched to physical software whenever possible. A big compliment for your enormous and fantastic work!” — Andreas

“Just want to say how much I love your instruments. I’ve worked with sample libraries a lot and the modeled instruments just allow more human feel by the person playing it, not by the person who played it. It has been the most inspiring software I’ve used in a very long time. Instead of doing the same thing differently, these instruments are truly something new for me.” — William

“I just had an hour to test two of the plug-ins and while I knew from your videos that they would all sound very good, I didn’t know how incredible they would *feel* when actively played! This took me quite by surprise.” — Karl

Our technology might hold the future of digital music making, but without our precious community of musicians, composers, and producers our work would be meaningless. Thank you for your meaningful feedback and input, you help us improve our products and technology everyday.

We hope to become an essential part of your musical journey.

New Partnership For Spanish-Speaking Musicians and Composers With Instrumentos Virtuales

Get Ready For Your Next Show With Camelot Pro