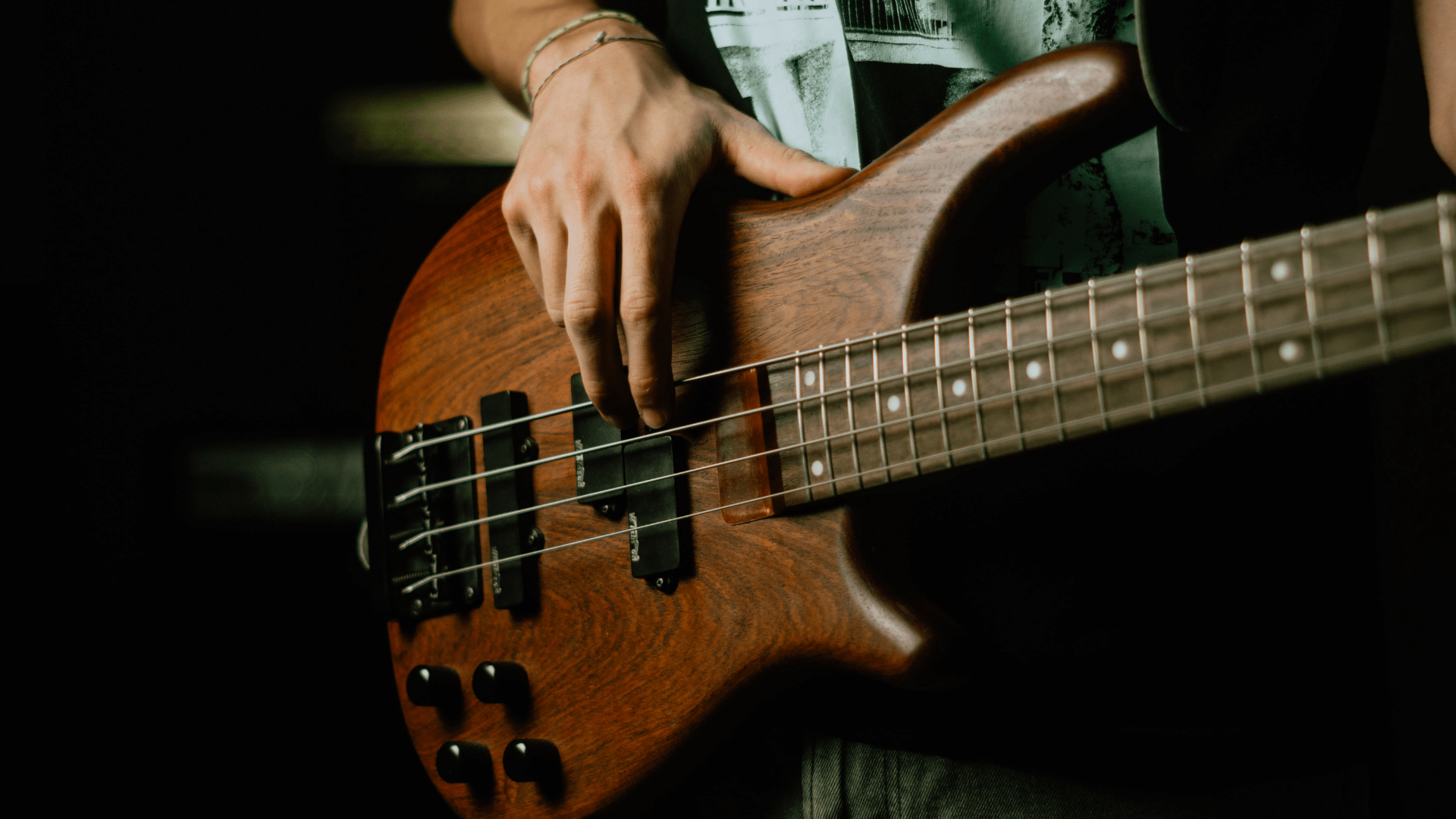 Bobby Bigboddum keeps his plate pretty full. He plays both fretted and fretless electric bass in two wedding bands and a rock band. He also plays acoustic double bass in a jazz group and a bluegrass band. As if that weren’t enough, Bobby is a pretty good singer, too. Because he is so versatile and a solid player and singer, Bobby frequently gets booked to play bass with acts on tour, but finds it exhausting hauling around a heavy bass amp and a big pedalboard of effects to get the various sounds he needs to cover gigs.

Recently, Bobby played a gig with a guitarist who brought nothing to the gig but his guitar, a small audio and MIDI interface and an iPad. He plugged his guitar into an interface instrument input, ran a cable from the interface’s output to the sound system, and sounded great all night, with a different sound for each song, and sometimes several sounds within the same song. Impressed, Bobby asked him about his rig, which is when Bobby was introduced to Audio Modeling’s Camelot Pro.

The guitarist explained that he could host any plugin in Camelot and, since the audio inputs got added in Camelot 2.1, run his guitar through it, using a MIDI pedalboard to change sounds and control parameters like sweeping his wah wah. Bobby instantly knew he had found his new rig. He learned that Camelot ran on macOS and Windows, as well as iOS, and, since he already had a laptop, an audio/MIDI interface, and some great plugins, he decided to run Camelot on that. So Bobby downloaded a copy of Camelot Free and was off to a new adventure. In less than a week he decided to buy a license for Camelot Pro to get its greater power.

Although Bobby’s interface has a nice, clean sound on its instrument input, he wants the grit and beef of a real bass amp, so an amp simulator is the basis of his sound. As we shall see in a moment, getting Bobby’s bass into the world of Camelot is fast and easy.

Bobby uses different amp sounds for each of his bands, and the wedding bands call for a wide variety of different sounds. Camelot’s Layers make it easy for Bobby to accommodate all of these different needs.

Each Layer has its own signal path, with whatever processing and effects plugins Bobby might want, and even the ability to route his bass signal to other layers, if need be. One or more Layers can be stored as a Scene, and Scenes can be changed manually or automatically at specified times. This makes it easy for Bobby to change his bass sound at different points within a song.

But Bobby often wants the same amp sound for a whole song, or, and, in the case of the rock band, for the entire evening. Camelot has two special-purpose sections that make this easy. Layers in Camelot’s Setlist Rack stay the same through every song of the entire set, while Layers in the Song Rack change with each song, but not within a song.

So, for the rock band, Bobby makes a Layer in the Setlist Rack, puts his amp sim there, and selects the interface audio input as the audio input to the amp sim. Since the amp sim has some built-in effects, that’s often all he needs for an entire gig with that band.

Figure 1 – On the right, Bobby has stompbox effects and an amp simulator in a Setlist Rack Layer. On the left, his bass is selected as the audio input to the layer.

There are a few songs, however, with spots needing a sound that is in some way unusual (for example, one song has a section where he uses a Leslie sound). Bobby’s amp sim can call up presets from MIDI program change commands, so when those songs are in the setlist for the night, he has Scenes that send the appropriate program change command to the amp sim. Each Scene has a Layer that sends the appropriate program change command, and an item that routes the MIDI to the Layer in the Setlist Rack that has the amp sim. When he calls a Scene, it changes the amp sim program. He uses this same method to change presets on the amp sim for songs where he plays the fretless electric bass, which needs different settings than his regular bass.

Figure 2 – The Timeline (on the left) here holds Scene changes Bobby calls manually. On the right is shown the MIDI command used to advance to the next Scene.

Some of Bobby’s bluegrass and jazz gigs don’t require amplification at all, but the ones that do call for the same sound all night, just like his rock gigs. For these bands, he’s looking for a totally different sound than he can get from an amp sim. Instead of the amp sim, Bobby’s Layer in the Setlist Rack is built around a plugin that emulates a high-class mixing console channel strip, which gives him the sound of a nice recording preamp, plus EQ and compression.

Figure 3 – Bobby’s basic rig for his bluegrass gigs is a nice channel strip (shown on the R), followed by a graphic EQ he uses to adjust for each room. Since he uses the same sound all night, he puts everything in the Setlist Rack.

Bobby has a pickup on his double bass, but sometimes it works out better to use a microphone. So he has two copies of his jazz and bluegrass Camelot Setlists, one copy with levels, EQ, and compression settings optimized for the pickup, the other identical but with settings optimized for the microphone. (He tried just having separate Scenes, instead of separate Setlists, but he found having so many Scenes confusing.) He also has a graphic EQ plugin that follows the channel strip, which he uses to make adjustments at each gig for the sound of the particular room. There are a few rooms he works regularly, and he simply stored additional copies of his Setlist documents named for those venues. Bobby can go to a gig and use either a pickup or a microphone, with perfect correction for the room at regular gigs – all by doing nothing more than opening the right Camelot document at the beginning of the night.

The wedding band gigs are a whole different story. The band plays well-known songs and tries to come as close as possible to the original versions, so Bobby needs a different sound for each and every song. The Setlist Rack is not as much help to him on these gigs, so he relies more on putting his amp sim or channel strip (depending on the demands of the gig) in a Layer in his Song Rack, where it changes for each song. As before, when there are special needs in the middle of a song, he uses Scene changes to let him bring other sounds in and out.

Having all of his sounds for all of his bands instantly available in Camelot comes in very handy in one other way. When Bobby is on the road doing a tour, he often needs to be learning new material, sometimes for additions to the setlist, sometimes for other upcoming tours or gigs. Camelot has a Timeline view that many users (including the guitarist who first showed him Camelot) use to play backing tracks during a performance. In that situation, Scene changes can be programmed to happen at exact times while the backing tracks are playing. 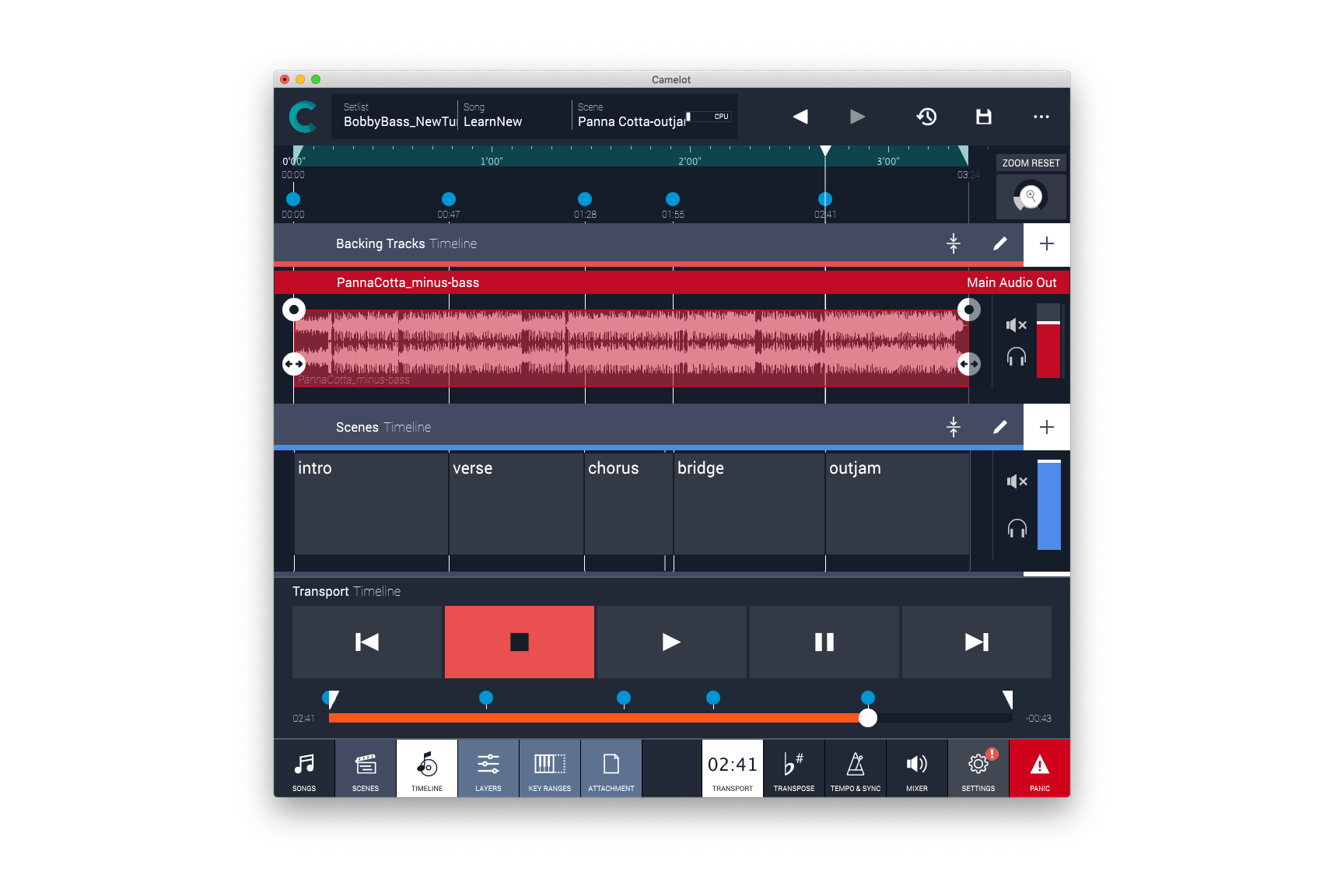 Figure 4 – Bobby practices new songs by playing over a recording or a minus-bass mix of the song as a backing track. He also can program scene changes as he learns the song.

But instead of using the Timeline for programmed changes, Bobby uses it for rehearsal. He gets recordings of the songs he needs to learn and inserts them as backing tracks in yet another copy of one of his Setlist documents. He creates a new Song with a backing track for each piece he has to learn. He runs it as many times as necessary, stopping to program Scene changes where necessary, then moves to the next Song. Since he works while listening over headphones, he is able to learn while traveling, in motel rooms before or after a gig, or anywhere, really, that he can have his bass with him and play along. If he needs a sound he doesn’t already have, he creates a new Scene, adds whatever plugins he needs, and then stores the Scene as a template, which he can easily import to any of his existing Setlists.

When Bobby sings, his microphone goes directly to the sound system on larger gigs, but for some of the smaller gigs the bluegrass band often does, he plugs his mic into his interface’s second audio input and selects that as the audio input to another Layer in the Setlist Rack, in which he has put another channel strip plugin. He usually sends a mix of his bass and vocal out a single interface output, but there have been occasions when he has routed them to separate outputs. This is exactly the kind of flexibility that convinced Bobby to try Camelot Pro in the first place. 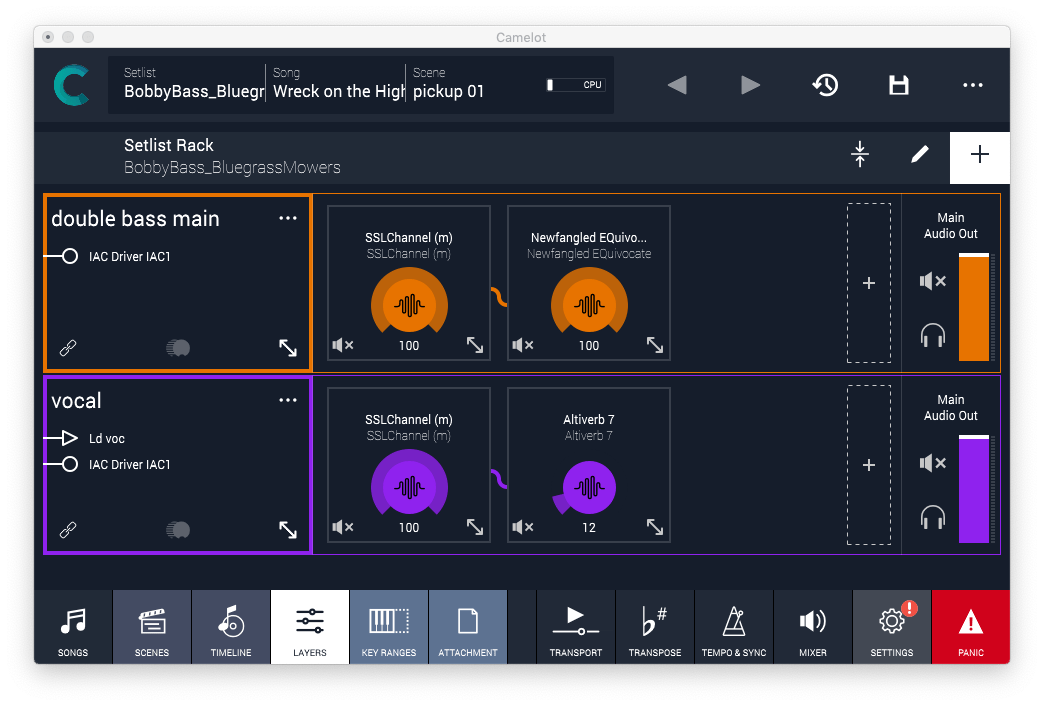 Figure 5 – When Bobby sings, as well as playing bass, his Setlist Rack has a second layer for processing vocals. Note the addition of reverb after the vocal channel strip.

Sometimes people think bass players have it easy. It seems to them that only having four strings instead of six is easier, and that nobody expects lots of crazy sounds and effects out of the bass player. But the art of playing bass lies in large part on how the part is played: the sound has to be right, the touch has to be right, and the phrasing has to be exactly what is needed at any moment. Bobby’s favorite quote is from Little Feat’s Lowell George, who noted on an album cover, “Do not underestimate, nor take lightly, this thing we call ‘bass.’” Bobby understands his role as a bassist very well, which is why he now relies on Camelot Pro to give him all of the tools he needs (beyond his fingers and instrument, of course) to be the player Lowell George was talking about. Judging from his packed gig schedule, no one is underestimating Bobby, or taking him lightly.