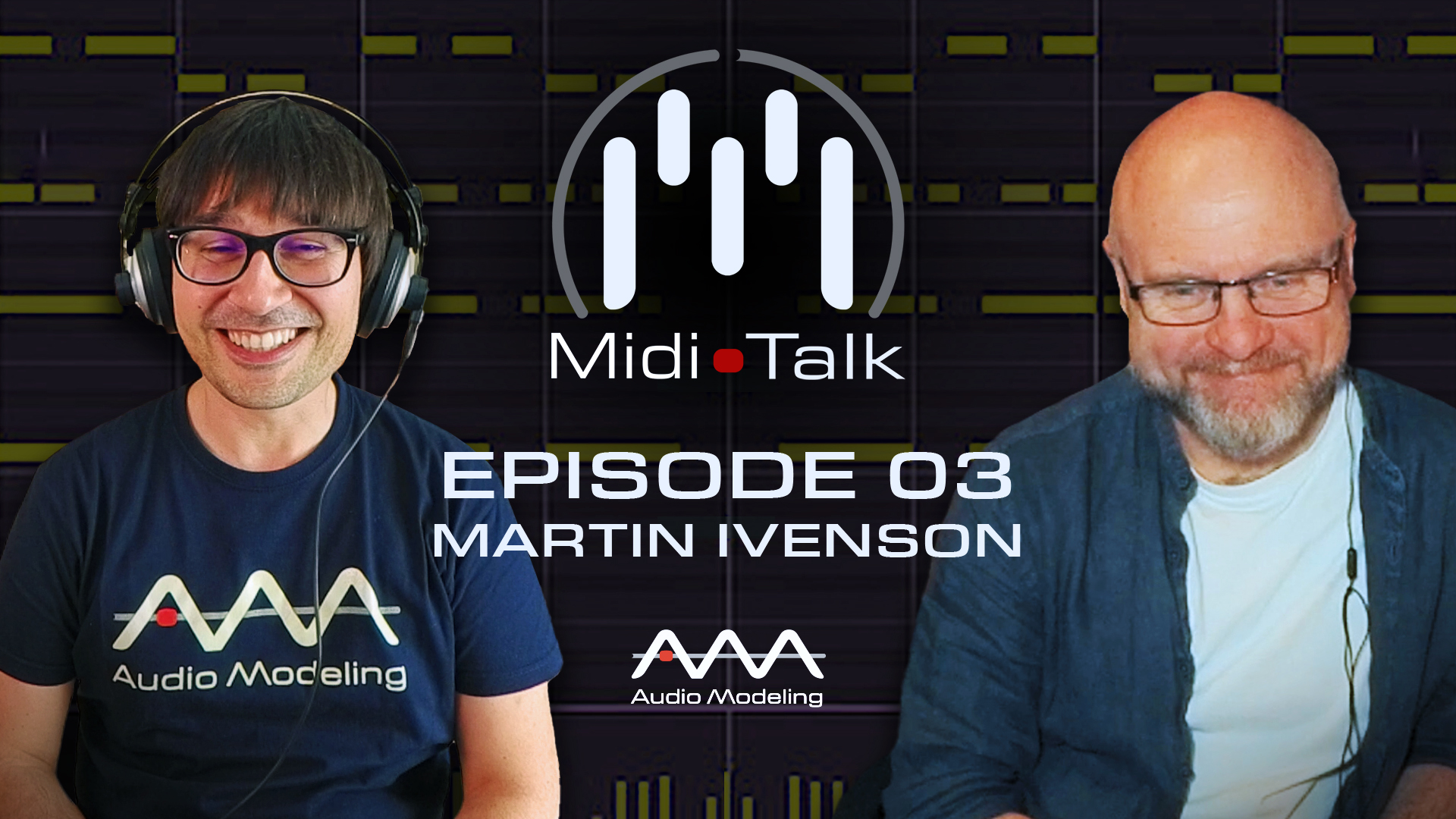 Hustling Your Way to the Top of the Music Industry by Staying True to Yourself — MIDI Talk Ep. 3 with Martin Iveson

Martin is the founder of Atjazz Record Company and is now based in the UK. His work in the music industry started by composing music for video games. In 1996, he released his first EP which was very well received and led to the release of the album “That Something” licensed in Japan by Sony/Kioon in 1998.

Later on, top vocalists such as Clara Hill, Replife, and Deborah Jordan have sought Martin’s trademark sound for their own album projects. As a remixer, his work includes collaborations with artists such as Nitin Sawhney, Bob Sinclar, Jazzanova, Zed Bias & Omar, to name but a few.

A “Total Geek” in the Making

Atjazz’s passion for music has always been rooted in a deep fascination for technology. “I’ve had no musical training in my life apart from the odd music lesson at school when I was young,” he says. “Music has always been about feeling it out. I started to like music when I was a small kid because I loved the melodies of the cartoons I watched on TV.”

When Martin was 6 or 7 years old, his brother bought him his first Casio keyboard. His unorthodox self-taught music training started with him trying to replicate the melodies of the cartoons he loved so much. As he grew slightly older, Martin became interested in computer games. Through some clever exchanges of toys that not everyone in the family was happy about, he put his hands on his first Commodore 64.

“The music in the Commodore 64 games was brilliant. The C-chip is being used in applications and synths even today because it’s a really classic sound. I remember playing a video game called Delta. The music was composed by a very famous video game composer called Rob Hubbard. He created this 4 mono-channel synth loader. You could change the beats on it, you could change the melody, the chords… I used to sit for hours making music with this thing.”

As a teenager coming from a modest family, Martin hustled his way into making enough money to buy more equipment by working as a milk boy. He first got a Commodore Amiga on which it was possible to use free software to create music. He then saved up enough money to buy an 8-bit sampler and started sampling his tapes and the radio into his Commodore Amiga to make tunes.

“My first music creations were made using samples, which still happens quite a lot today even though I’m mostly sampling myself, my synths, or my drum machines.”

“Over time, I got to know some really geeky people all over the world—mainly in Europe but also in the U.S. and in Japan. People used to put their information at the bottom of their productions. If you picked up a demo from a shop, you’d pop it in your computer to discover some cool text scrolling around on the screen with some good music. Everyone would be credited at the end of the demo and we would contact each other and send each other discs through the post. That’s how I got to know this guy from the south of England called Dan Scott really well.”

“Dan got a job at a company called Core Design. They needed an in-house musician so they called me in for an interview and I got the job. I was only 17 at the time. A month later, my boss bought a Roland JD-800, the big mothership keyboard. With that, I was able to experiment a bit more and sample myself into my Commodore Amiga. We were still making Amiga games at the time, also Atari SD games, and PC games… ”

“Things grew from there. Later, I started to use MIDI and Steinberg 24. I’m still using Cubase today but it was quite a difficult transition from working with ‘everything in a box’ to using equipment and recording it to DAT. You couldn’t just reload it back up and change things a bit— everything was recorded—but things had to move on and we moved into the world of CD. A few years later, the company became much bigger. We turned around the ‘Tomb Raider’ game which I was a sound designer on and eventually, also a composer.”

While Martin started working at Core Design in ‘91, it was while he was still working at that company he decided to start his record label in ‘95.

It’s in 1998 while working on his album under his own label, that Martin met musician and producer Charles Webster. “Charles is a very private person so I was very lucky that he invited me to the studio because no one ever got an invite.”

They quickly became friends and have been collaborating together on different music projects to this day.

“When I was a few years into my career, he was the person who told me ‘Always do what you do.’ He meant to always do things from the inside rather than try to be something I’m not, or try to follow a trend.”

“The moment he told me this was an important time in my career because I think I could’ve gone down the wrong route. I could’ve started to make music that meant nothing just for the sake of being popular but Charles always told me to always stick to what I know. ‘You’re good at what you do’, he said, ‘you got here on your own, just continue doing what you’re doing.’ I respect him for that.”

“Even today when I’m making music in the studio and I get stuck in my head—when I feel I’m doing something that isn’t natural or for the wrong reasons because I’m trying to fit in or just because it’s popular—I’ll delete it and start again. I remember what he said to me so that I can let the music flow properly.”

Iveson believes this is the way to bring out the individuality and the personality of an artist.

“Many people say I have a sound. Maybe that’s because I’m constantly battling with myself to stay in my center and make music from the inside instead of constantly watching what’s going on in the scene and trying to be part of it. I think that carving out my own thing was the only way I could do it. If I ever had a mentor, it was definitely Charles Webster.”

SWAM Instruments Are Part of the Band

Simone Capitani was eager to know if Iveson thought we were going in the right direction in the development of our SWAM instruments.

“I don’t normally use plug-ins. I’m surrounded by synthesizers. I like to be able to play the notes on the synthesizers that are making the sound. I’m not one of these guys that will load the MIDI in and then flip through the plug-ins to try and find a sound that works. That’s not writing music for me, that’s guessing and hoping for the best.”

“You make such beautiful happy accidents when you’re being expressive with synthesizers. I got quite a lot in the studio: Korg Prologue, Moog Matriarch, ARP 2600, lots of modular synths… So I don’t need to use plug-ins. But one thing that was always missing is orchestral instruments. I never had any sample library that was expressive enough, nothing that would give me an instant touch to the instrument like an analog synth does.”

“An instrument has many different sounds it can make if you know how to manipulate it. The way I think about SWAM is more like using a synthesizer for me because of the level of expression they allow me to have. Solo instruments never worked for me in sample libraries. SWAM instruments became part of my band.”

Listen to the full episode to hear a live demo of Martin using SWAM as well as discovering his secret for interacting with an audience, getting an inside look at his experience remixing some iconic songs like Giant Steps and Saint Germain’s Rose Rouge, and listening to some of the stories behind his love for the South African culture.

The full episode of MIDI Talk with Martin Ivenson aka Atjazz is available as a podcast or as a video on our YouTube channel. Don’t forget to subscribe and hit the bell button to get notified of future episodes!

Audio Modeling · Hustling Your Way to the Top of the Music Industry by Staying True to Yourself — MIDI Talk Ep. 3
Recent Posts
Read Previous