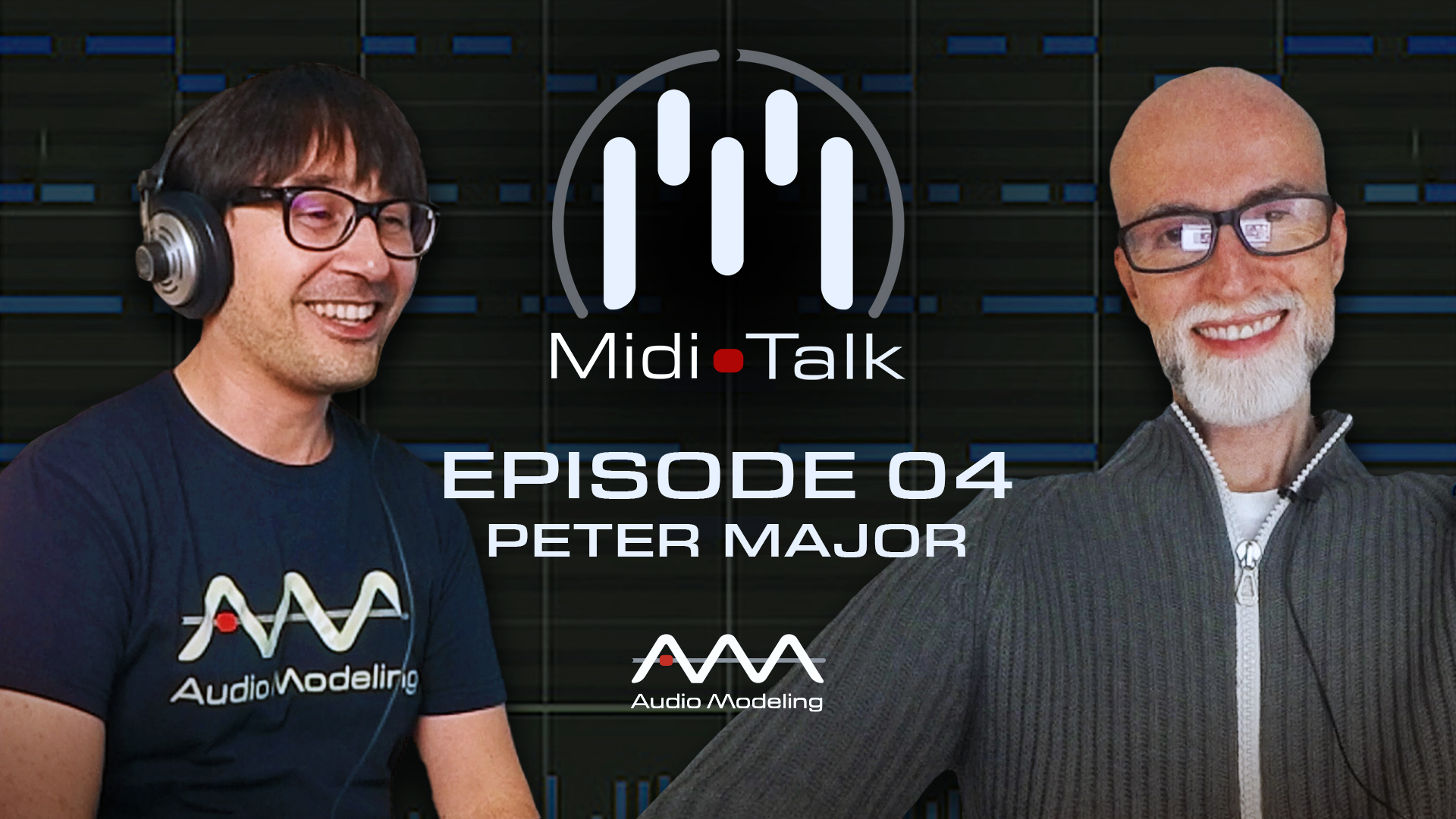 In this week’s episode of MIDI Talk—a podcast dedicated to topics around music-making in relation to technology—Simone Capitani interviews Swedish music producer and remixer Peter Major aka OPOLOPO.

Born in a musical family, Peter discovered music through his father’s love for jazz and fusion. “Dad brought a lot of records back home,” Peter says. “I liked all the harmonies and melodies but I also was very drawn to electronic sounds. My dad used to listen to a lot of 70’s fusion and I remember being drawn to synth sounds very early on.”

“I don’t have any traditional music training. I tried to take lessons from my dad but that never really worked out. First, because it’s not a good idea to take lessons with your dad, and second, because I was never motivated enough to learn how to play other people’s written music. Instead, I was always messing around trying to play my own little melodies on the piano.”

“Growing up, I wasn’t so much into club music, even though I did like the beats and the electronic sounds it used. It’s only later on, when I discovered I could combine jazz and funky stuff with club music, that something really clicked for me.”

“I love jazz. I love the harmonies and I can definitely appreciate the rules behind doing things a certain way. But what’s so fascinating about club music is that many of the pioneers in that genre didn’t know anything about music theory. They were just messing around with these machines and getting amazing sounds out of them, even though they didn’t use them the intended way.”

“Like the Roland TB-303 Bass Line, for example. My dad brought one of these back home at some point. He tried to play around with it but he thought it was rubbish because it didn’t sound like a real electric bass. Meanwhile, maybe somebody in Detroit or Chicago creates this totally new sound with it that nobody thought about before just because they approached the same machine from a completely different angle.”

“I love this aspect of club music. You can just experiment and come up with all these weird new concepts and ways of doing things. You don’t find that in jazz or classical music where everything is kind of strict and things sound the same for 30 years. In club music, things move at a different pace.”

Achieving Success by Falling in Love With a Song

Sometimes, remixes have the power to breathe a new life into an original song. That’s what happened in the case of Gregory Porter’s song “1960 What?”.

“At the time, I was working a lot as a DJ around town here in Stockholm. That song, ‘1960 What?’ is from Gregory Porter’s first album. Nobody knew about him back then. I used to play it in my DJ sets and every time, I thought ‘this would work well in a clubby setting if you add a bit of a kick to it and tighten it up a bit.’ So one day I decided to just try it out.”

“I loaded it up in Ableton, tightened up the track, and quantized it. Then, I added some percussions and a kick drum, and played a new bassline, just one take from start to finish. The whole process was really quick but I liked the result so I put it up on Soundcloud, not as a download but just for people to listen to it.”

“Immediately, I started getting messages in my inbox. I thought ‘ok, something is going on here.’ Obviously, the success of that track comes from the original because it’s a very powerful song. I just gave it a little nudge to the dance floor. But still, a lot of people discovered the track through this edit.”

“The day after I put it out on Soundcloud, I received an email from Gregory Porter’s record label. The subject was something like ‘Regarding your Gregory Porter Remix’ and I thought ‘oh no, now I’ll have to put it down and they’re all angry and everything.’ But actually, they were super cool and very happy and grateful I did this edit. They asked me if they could use it and after a while, they licensed it and bought it as an official remix.”

“It was an interesting project because it’s something I just did out of love for the music. I didn’t think too much about it. You can spend three weeks on a remix and nothing will happen and this one took me something like 2h to make and it took off. But like I said, the original is really powerful and the lyrics resonate with a lot of the racial stuff still going on in the U.S. today so that’s obviously one of the main reasons why it took off that way.”

Having a Clear Preference for Software Instruments

Some producers have a preference for hardware instruments, others combine both hardware and software tools. In Peter Major’s case, he admittedly works exclusively with software.

“From the first time I tried Propellerhead’s ReBirth and experienced creating songs directly in the software I thought ‘Wow, this was amazing! What if one day we could have a whole production environment on the computer?’ I’ve always been fascinated by that idea. Then obviously, over time plug-ins became better and better and computers became more powerful. So after a while, I completely gave up on the hardware side of things. Not because of the sound but because it was just more convenient.”

“For me, it’s a way to achieve what I want, which is good music. I don’t care too much about the actual tools. I don’t need to have the actual hardware to get inspired, I can get inspired by what’s in the computer. I used to work a lot with Ableton for performing live while using Cubase for all my production work and official remixes but nowadays, I rarely use Ableton. I almost work exclusively with Cubase.”

“When it comes to drums, I use drum plug-ins from a Swedish company called XLN Audio. They have a drum plug-in called Addictive Drums and I use that on pretty much everything. Then, I use Kontakt Battery for straight-up one-shot sample sounds, and also something called Kick by Sonic Academy which does analog 909-style of kicks.”

“I love Rhodes sounds so I’ve been using Scarbee’s EP-88S, which is the largest Rhodes sample library. For synths, I use a lot of the Arturia stuff lately. In the past, I used DCAM Synth Squad from FXpansion. I like soft synths that give you a lot of modulation possibilities.”

“There’s a great Oberheim extension called OP-X I use quite a lot as well and also, Massive X because it has such a unique sound and gives you so much control over the very fine details of the sound. I try to use fewer instruments and know them well instead of buying everything that’s out there just to have the latest and greatest.”

A Special Request to Audio Modeling: Emulating an Imaginary Instrument

When asked if there are any frustration points in his use of software instruments that Audiomodeling could perhaps work towards implementing, Peter’s response was an interesting one.

“Before trying your SWAM instruments, I wasn’t aware how far the physical modeling technology has come. The realism of these instruments is amazing. Obviously, now that I hear what you’re doing with trumpets or strings, how about a drum or a piano? I just want to hear it applied to everything! I’m looking forward to seeing what else you’ll come up with.”

“But then again, you’re emulating something that already exists. Whatever magical engine you’re using to model real instruments, if you applied that to something crazy, something that doesn’t exist but has that same feel of realism, that would be fascinating.”

Listen to the full episode of MIDI Talk with Peter Major to hear his advice on getting started into the world of remixes and discover how he broke into the music industry.